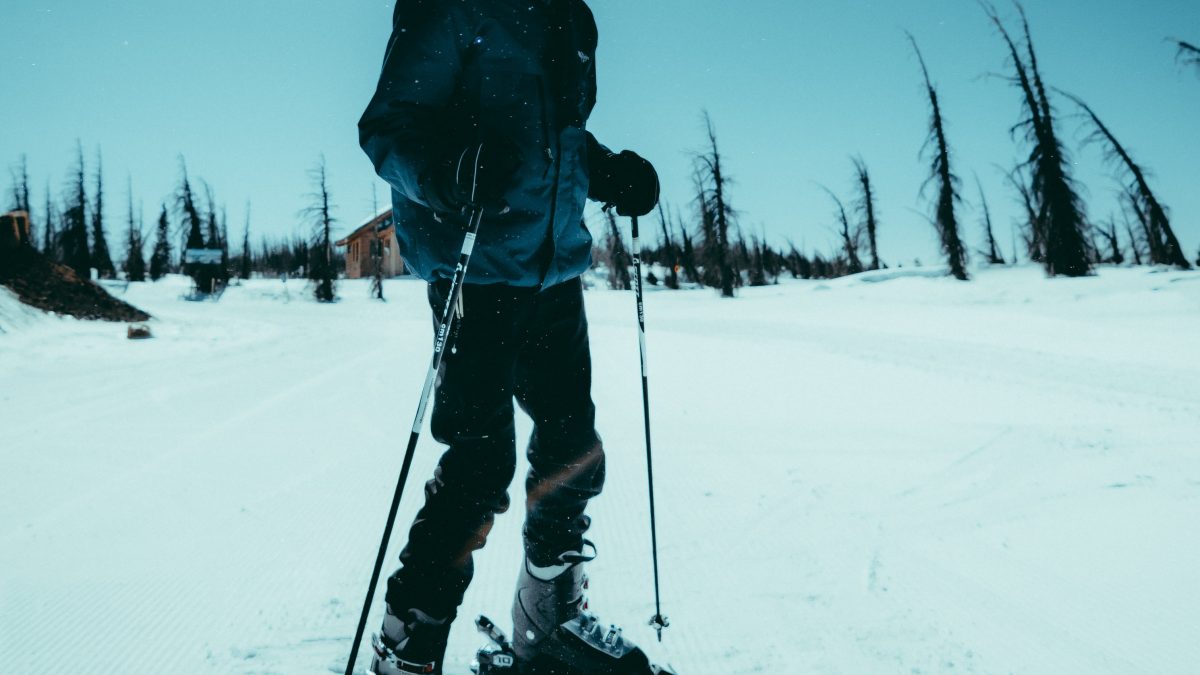 North Carolina Skiing and Snowboarding: Know what to expect!

When winter gets into full gear, people from all over the south tune up their skis and pull out their snowboards in anticipation of a weekend ritual of winter fun – going North Carolina skiing. This year promises to be a good one, as Sugar Mountain opens from the top with five tracks on November 22. And happy Thanksgiving weekend!

Despite the high altitude, and our wide and challenging slopes, North Carolina skiing does have its ups and downs. It’s still south, and annual snowfall comes everywhere close to New England, where lake effect snow keeps the ski slopes pretty much blanket throughout the winter. Our best-case scenario for natural snow is when humidity from the Atlantic hurricane system collides with polar jet streams dipping deep into the southeastern Appalachians – a phenomenon that happens too rarely to run a profitable ski resort all season long.

Undaunted by Mother Nature, these nice folks from this slice of northwest North Carolina saw the slopes of this massive mountain and their lack of natural snow, and decided to do something about it! Sugar Mountain, Beech Mountain, and even the Hawksnest ski resort on the Seven Devils were early pioneers in snowmaking technology. Today, humans make ski resort snow supplements even in the toughest areas of natural snowfall. In North Carolina, the rumble of snow guns can be heard throughout the valley whenever the temperature dips to about freezing. Thanks to modern snowmaking capabilities, our North Carolina ski resort can stay open most of the winter – as long as it’s freezing of course!

The Best Spots to Ski and Snowboard

The best conditions for skiers and snowboarders exist when there is a healthy combination of natural snow and the guy making the stuff. When this happens, skiing and snowboarding on our expansive mountain trails is an experience that rivals any of the east coast ski resorts. For those times when Mother Nature is not so cooperative, there are several conditions that emerge that every south eastern skier and snowboarder should be aware of.

As the seasons progressed, daytime temperatures rose above freezing and the sun shone stronger on the slopes. In these conditions the snow (man-made or not) will have a tendency to melt, providing a wet and fluffy skiing experience – in itself something to get used to. Symptoms of this condition include a sudden slowdown and an inability to make successful cuts, or turns. A good wax ski can allow you to slide more easily through these “mud puddles”, but as far as turning, it’s best not to even try.

Conversely, when the nighttime temperature drops below freezing, and the snow starts blowing, the snow that turns to mud during the day turns to night ice. Ice patches can be extremely dangerous, causing someone to accelerate out of control, feeling like your feet are slipping from under you in a frozen pool. A well-tuned pair of skis with sharp edges digging for ice is your best bet for slowing down. Frost patches can sometimes be hidden under a cover of fresh blown snow, which can actually be an unexpected surprise. Any large patches of ice are usually well marked, and the snow cat can help break the ice, grooming the surface to make the skiing experience safer and more enjoyable. Repeated days and nights of these conditions can cause large patches of ice, and eventually lead to closure of the trail (and entire slopes) as the season progresses.

To be sure, this condition exists at all ski resorts, and is a natural progression this season. This just seems more exaggerated in the south! Rest assured that the North Carolina Ski Patrol is vigilantly inspecting all trails, marking bare spots and patches of ice, and will not hesitate to seal off trails where dangerous conditions persist. State of the art snow treatment equipment and the ability to produce fresh snow cover give North Carolina ski resorts just the edge they need to provide more uniform surface conditions, enabling a fun, longer and safer ski season.

Previous Post
It is best to ski in Park City
Next Post
Ski Andorra, a fantastic choice for intermediate and beginner skiers